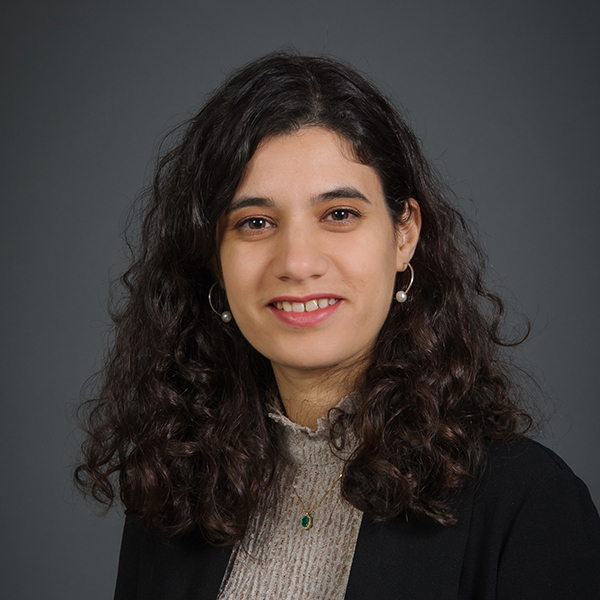 Nayia is the Head of Proposal Writing Unit at GX and an experienced project manager. Nayia is actively involved in the preparation of proposals for the funding programmes Horizon Europe, Erasmus+, Digital Europe Programme, Creative Europe, EEA & Norway Grants and national funding programmes. Her focus areas include higher education, research and innovation, health and life sciences, entrepreneurship, culture and innovation.

Nayia completed a BSc in Genetics at the University of Nottingham and an MSc in Genetics of Human Diseases at the University College London (UCL) in the UK. In 2016, she has completed her PhD studies in Medical Genetics at the University of Utrecht in the Netherlands, where she studied the role of genetic mutations in the pathogenesis of congenital renal anomalies. During this period, Nayia was involved as a Researcher in the European programme EURenOmics that was funded by the FP7 programme of the European Commission in 2012. She then worked as a postdoctoral fellow in the Epigenetics Lab of the University of Cyprus in Nicosia, where she studied novel regulators of protein arginine methylation. In 2016-2019, she worked as a postdoctoral fellow in the Clinical Genetics Clinic of the Cyprus Institute of Neurology and Genetics, where she coordinated the preparation of several proposals for both European and National Calls. She managed to acquire a total of 100,000 EUR funding from the 3rd Health Programme of the European Commission and worked as the Project Manager for the CENSUS project, which aimed to build the first online national registry for patients with Congenital Anomalies. During this period, Nayia also became a member of the COST Action EnGagE, an EU-funded programme enabling researchers to set up interdisciplinary networks in Europe and beyond and worked as a part-time lecturer at the European University in Nicosia.

Over the past years Nayia has gained an extensive experience and competence in project management through her role both as a researcher and a Project Manager at GrantXpert. She has been involved in the project management of Erasmus+ Knowledge Alliances, such as the SPRING project, an Erasmus+ Key Action 3 project called CHOICE, a Creative Europe project called Open Up, as well as the Active Citizens Fund programme in Cyprus that is funded by the EEA & Norway Grants.